How to import SMS contacts

Would you like to use (bulk) SMS to contact customers who are not (yet) included in Trengo? With this handy function, it's possible to import a long list of new contacts in Trengo in one go. This can be done in two ways: by uploading a CSV file or by pasting the text in the correct format in Trengo.

Are all contacts on the computer in an Excel file? Then it's convenient to import these contacts by means of a CSV file, where the phone numbers are in one row and the associated names in the adjacent row (as shown in the image below). 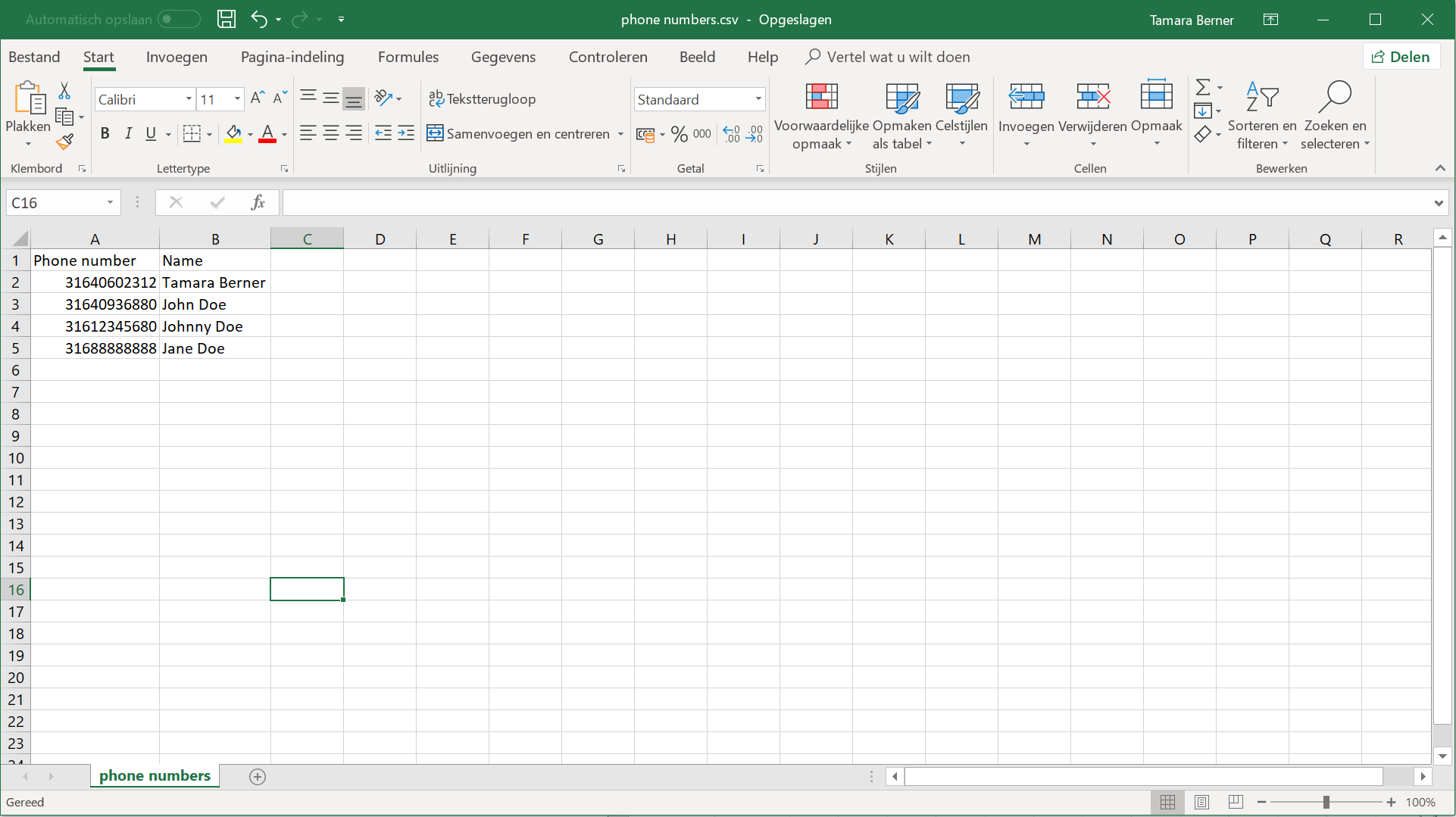 In order to ensure that Trengo recognizes the phone numbers, these must be in an international format, i.e. with 316 instead of 06 . In order to subsequently upload the document in Trengo, it must be saved as a " CSV file (separated by commas) ".

This can then be added to Trengo by going through the following steps:

Import contacts by pasting a text

It's just as easy to paste a text directly into Trengo by choosing the "Paste text" option under Import contacts. The steps that need to be followed are largely the same as those of importing a CSV file. However, a text is now pasted instead of a file selection. This text can be written down as following:

You can also use the ';' sign instead of ',' or '|', as long as the same character is checked under separator. Once all contacts have been entered, you can proceed to step 2.

When the green button "Go to step 2" is clicked, Trengo starts uploading the data from the text field or the CSV file. Phone numbers are recognized as phone numbers and contact names as names. Under step 2 it's still possible to modify said data and choose the right type of field for the displayed information via the drop-down menu. Note: if no field is selected for a series of data, this data will ultimately not be processed.

In addition to checking whether the correct data is linked to the correct fields, it's also possible to link all contacts to a group in one go. It's not necessary to do this for each individual contact afterwards. In case of doing so, it's necessary that groups have already been created by an administrator.

If all this has happened, it's simply a matter of importing the data by clicking the green button "import contacts". It's just as easy as that🙌!