In addition to simply communicating via email by means of the Trengo inbox, there are a number of other options within the conversation or message itself. These possibilities are represented by the three dots (see the image below).

Options for a single message 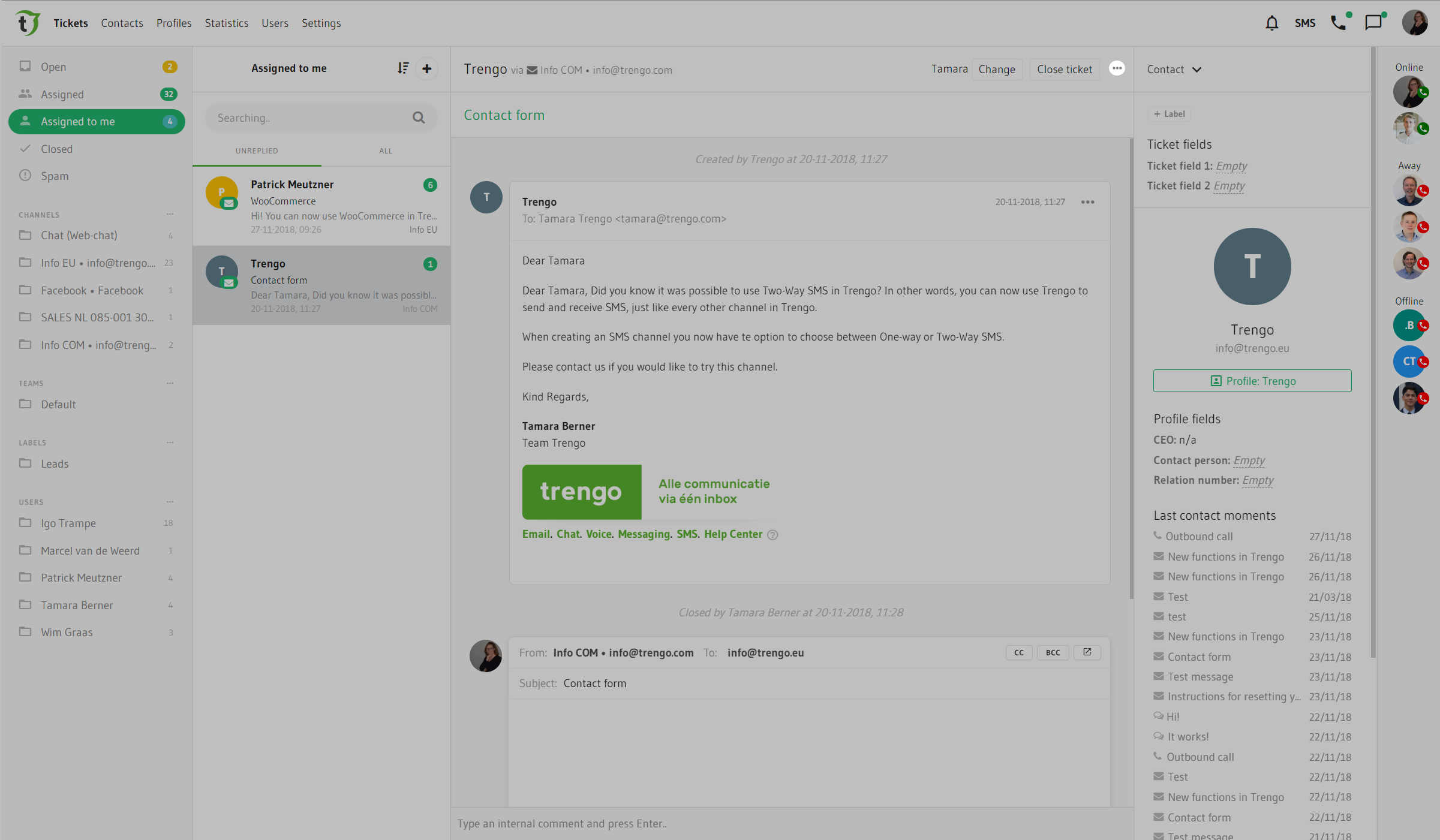 In Trengo, messages are compressed into a standard format. By clicking on "Show original", the original layout is shown. If messages are merged by another email system into a single message, these with an "original" display also appear in this message.

This function displays the message as a pop-up, in front of the Trengo screen.

Send one received message to another recipient.

Delete a message from the conversation. (A message that has already been sent will remain sent. The message will only be removed from Trengo.)