What distinguishes a ticket from a conversation?

What would be the definition of a ticket? A message or a series of messages (for example, a chat conversation) is called a "ticket" or "conversation" in Trengo. Every new conversation that's started can be distinguished as a new ticket that requires action.

Where does a message come from?

Is the incoming message an email, chat or an SMS message? In other words: how can the origin of a message be recognized? Very simple: every message has an icon with the logo or a characteristic of the channel. This way it's origin is easily recognized. To increase visibility, it's possible to add a color to a channel within the settings of every channel. This way it is easy to separate different email channels, for example.

What to do when a message has been received

Every conversation has a so-called "timestamp". This shows how long ago the last message has been sent. This can be displayed in the number of seconds, hours, minutes, days that have passed, but also with an actual timestamp. All this just by clicking the time display!

Assign to yourself, a colleague, or close a conversation 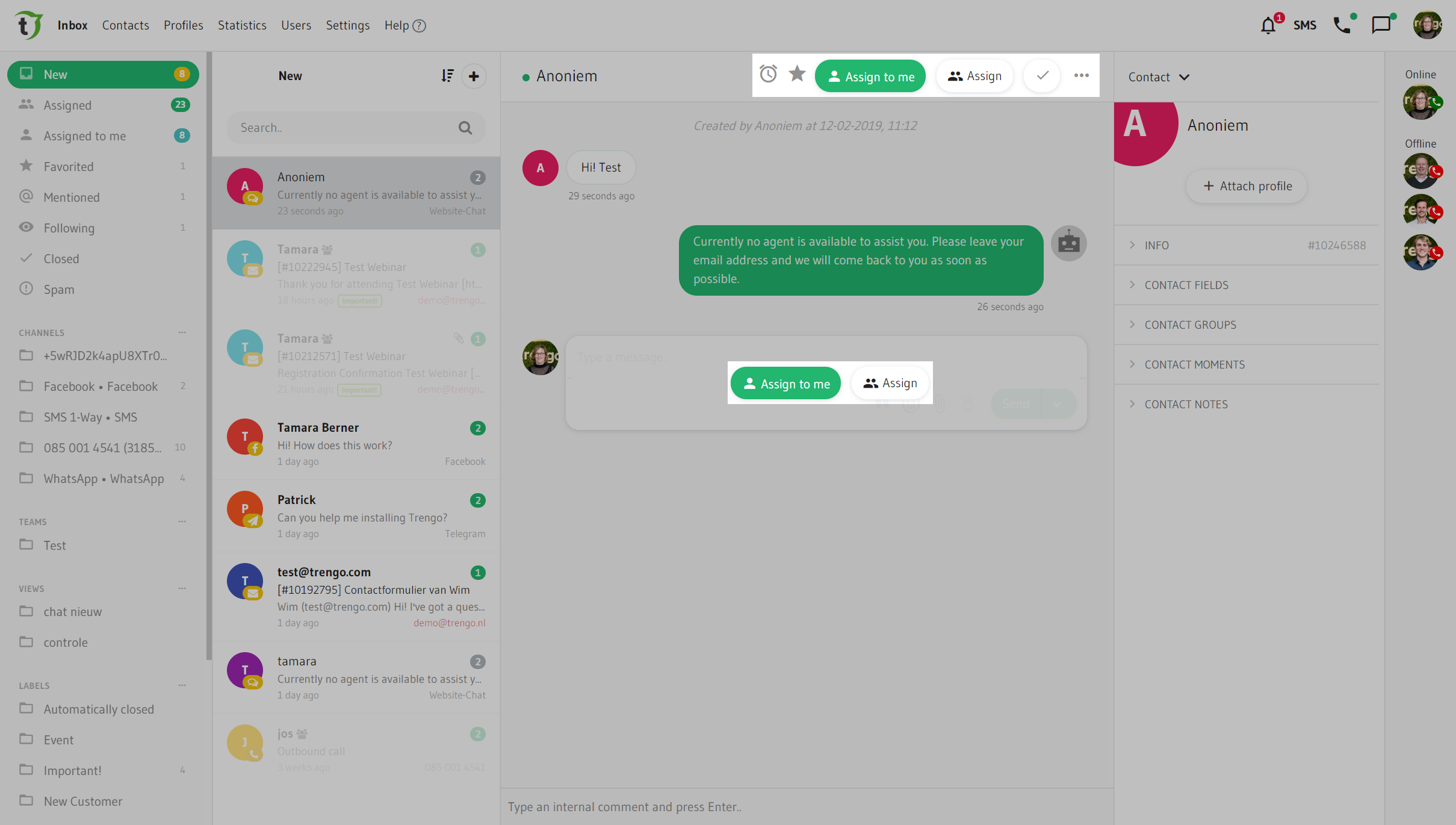 With a newly received conversation, the following actions can be performed depending on the role someone has:

Good to know: it is possible to set reminders for conversations. This way a conversation can be closed, while you receive a reminder to work on it in the near future. Besides, keeping track of a conversation is more easy by marking them as your favorite or following them.

When a conversation isn't assigned or closed, its status will be a new message in the inbox. So it's clear to everyone that this message still requires action.