A multi-channel team inbox is of little use if the organization's employees can't work in it. First of all, make sure that everyone who needs access to Trengo actually has access to the inbox. This can be achieved by following these steps.

Under Settings in the main menu under Organization the topic Users. This immediately shows which users have access to Trengo. A new user can be created by pressing the green +-button. 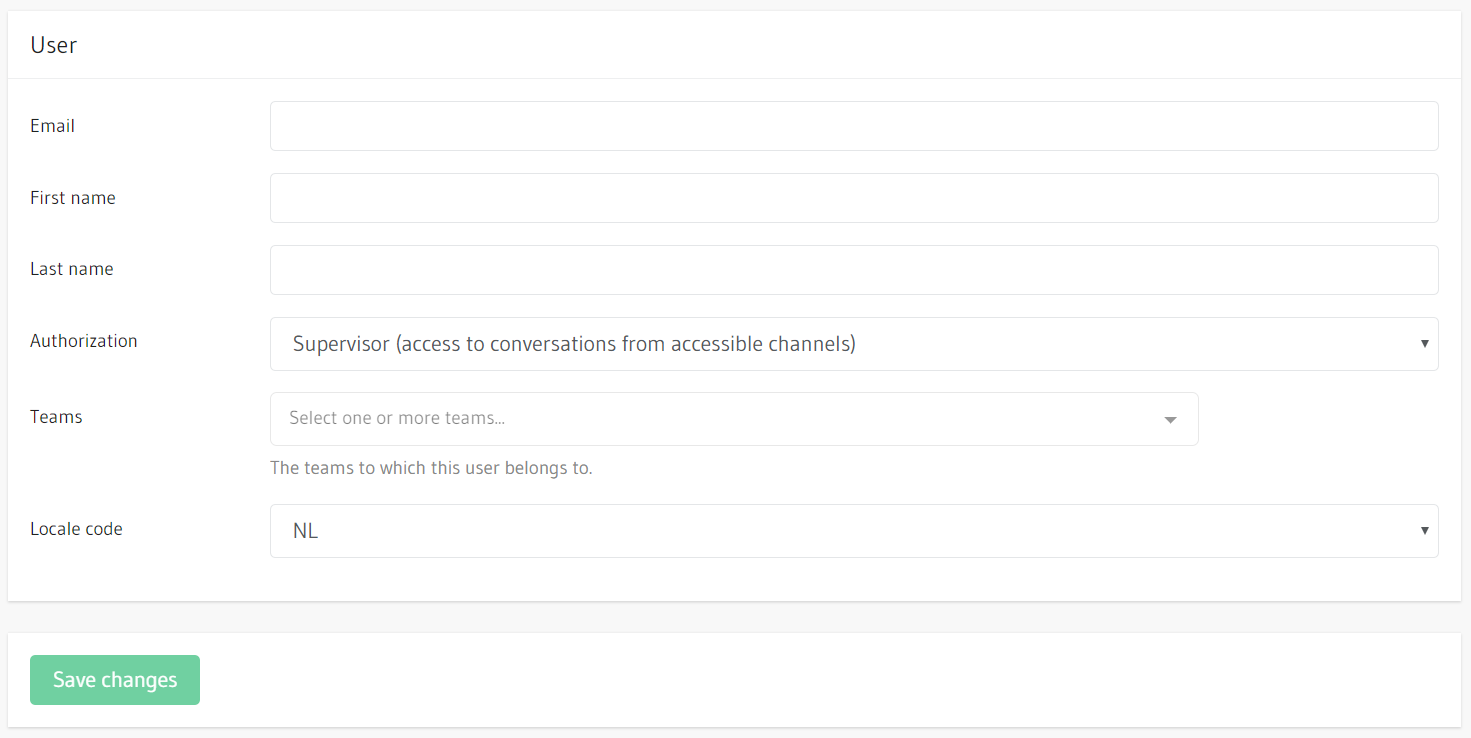 Here, in addition to all personal information, you can also check which function, or authorization, a user has. This does not determine the function within the company, but their authorization in Trengo.

Under function there are three options: User, Team Leader or Administrator. Each function has its own rights and possibilities within Trengo. For example, a User can only see conversations when these are assigned to him/her and a Team Leader has the ability to see new tickets and assign them to others.

In addition to all current colleagues, the Chatbot can also be used in Trengo: a virtual employee who can support the team in the Live Chat and other Messaging channels, ensuring that the Chatbot can become part of the team!

Now that all colleagues have access to the inbox, it's time to divide them into teams. You can then start building a matrix in which each Trengo user has the right access to the diverse channels.

Employees that need to read messages or help customer service agents with advise, but don't actually answer messages can be added as Light users in Trengo.